NYC ~ Things in Life I Will Never Forget

As a lover of travel, I keep a bag packed “just in case” and one foot out the door at all times. A couple of years before the attack that crippled our nation, I had the privilege of visiting New York City for the first time. What I remember most about “the city that never sleeps” is the undeniable energy. NYC seemed to breathe with a rhythm of its own, completely independent of time or whatever might be going on outside its man-made hustle and bustle. And I loved its every breath.

As writers and poets often do, I also sensed some sort of unexplained “emptiness” in the midst of the concrete and noise. Something “felt” wrong or “off.”

I was visiting my dear friends, Doris and Claus Andersen, who lived in Cherry Hill, New Jersey at the time, and I recall Claus playing the soothing, angelic voice of Enya and we sped along the New Jersey turnpike on our way. During our short-but-memorable trip, I took mental notes and tried to commit to memory every tidbit I could glean from the sensory overload that we crammed into the visit. I was determined to remember my first view of the Twin Towers, Central Park, the sights, the sounds, the heartbeat of a city that, until then, I had only viewed vicariously through those fortunate enough to know The Big Apple intimately. I felt like a kid in a candy store, wanting to savor every sweetness available.

Among my goodies that I'd be schlepping back to Texas was, of course, the obligatory mug, never realizing how important that ordinary souvenir would one day be to me. But mostly my memorabilia consisted of bits and pieces of poetry that nagged at my brain until I gave in and put my eerie foreshadowing on paper in the form of my poem, “Impostor” (see below).

Years passed and eventually I returned to the city that I had learned so quickly to love. My friend Mary and I had the opportunity to spend a week in Manhattan, where we celebrated my September birthday. We stayed at a friend’s condo just a few blocks from Broadway and within walking distance to Central Park. (I was blessed that Mary knew how to read a map because, left to my own devices, I’d still be wandering around that beautiful concrete jungle, trying to find “home.”)

We didn’t miss a single thing. We took in a Broadway show; St Patrick’s Cathedral; toured the city, navigated the subway system without error, shopped, went to the galleries, saw Ellis Island, ate our morning bagels and drank our coffee in Central Park and marveled at the fact that Wall Street was basically just a small alley in the Financial District. 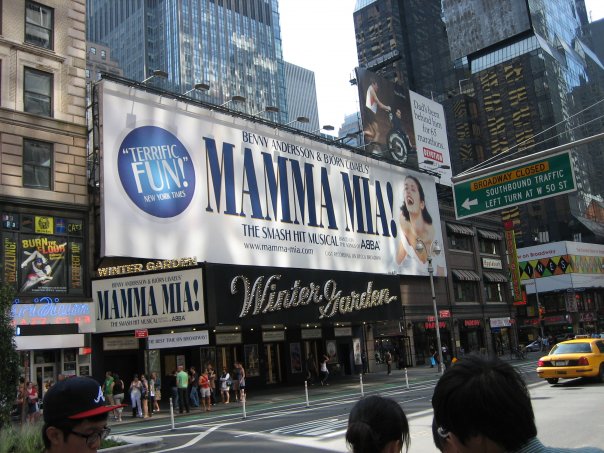 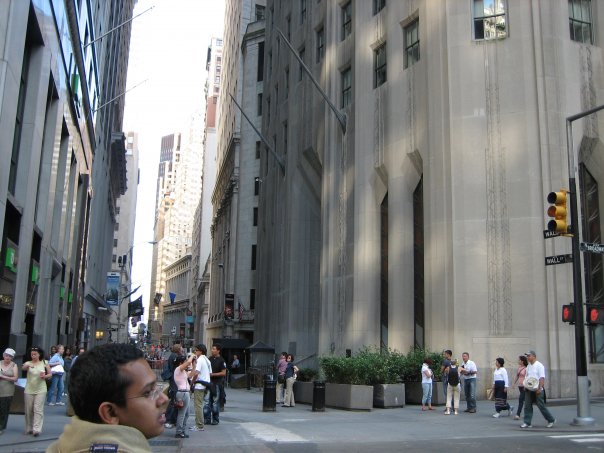 (To see all photos in the gallery, please click arrow on the right side of the pic)

Both of us being writers, we were particularly drawn to the funky street musicians. One particularly talented, colorful guy who composed incredible songs “on the spot” asked Mary and me where we were from and then spontaneously serenaded us with “Two Texas Girls Having Fun in the City.”

We felt safe and alive, even though the missing Twin Towers were a harsh reminder that we—both individually and as a nation— were not invincible after all.

It was sobering to realize how much security there was on our cruise to Liberty Island. We visited Ground Zero two days after its 9/11 anniversary. There was really nothing that prepared either of us for the emotion that we felt as we joined the quiet, respectful onlookers at the now-vacant space where the Twin Towers once stood.

Some things you can’t forget. Or shouldn't... 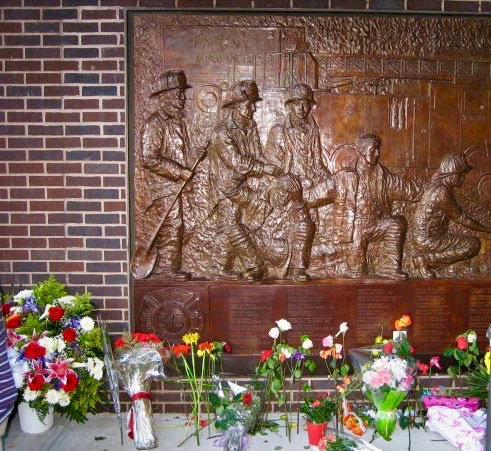 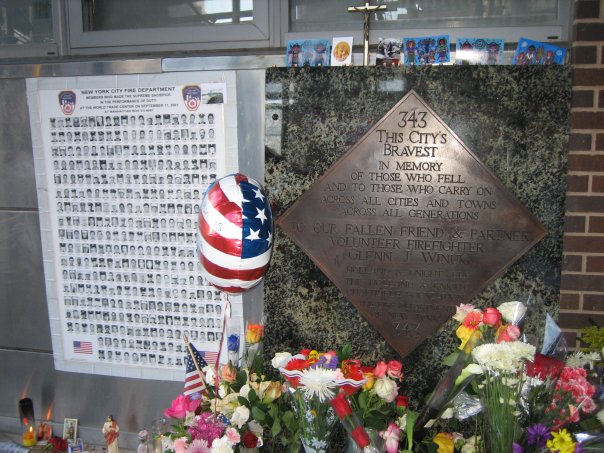 (To see all photos in the gallery, please click arrow on the right side of the pic)

I remember exactly where I was when the world stood still. I was getting ready for work when I saw the unbelievable events unfold on the news. I remember standing there, crippled with fear. I called my neighbor and co-worker and somehow we managed to make it to the medical office where we worked. Appointments were cancelled, one after another, as patients stayed close to home, glued to their televisions. The office closed early so that we could be with our families. I remember thinking that everything seemed unrealistically quiet.

After all, what could be said that would take us back to life as we knew it "before""?

Passing years and new events seem to have dulled what our country had become shortly after 9/11/2001. In those those post-attack days, we put aside all the trivial personal "turf wars" in favor of being kinder to one another. We were united in our grief. When I look at our country today, I find it heartbreaking. We are divided on so many fronts, and we have lost the lesson that we gained by coming together in the face of the tragedy that rocked the world.

Political divide has turned brother against brother, husband against wife, neighbor against neighbor, friend against friend. Gone is the togetherness we had when we realized and recognized what's really important.

Mary has recently returned to see The National September 11 Memorial & Museum. She assures me it is beautifully appropriate, with 2,983 names inscribed on the memorial — victims of the 1993 and 2001 attacks.

A single white rose is placed by each victim’s name on their birthday. Every day of the year there is at least one birthday. Names and birth dates are listed chronologically in a binder that is kept in the Memorial Museum and the rose is placed on the parapet by Museum volunteer George Mironis, himself a 9/11 survivor. The roses are gifted by Mikey “Flowers” Collarone of FloraTech.

Mikey, who hand selects the flowers, is not only a florist — he is a former emergency medical technician that responded to 9/11.

(Above two photos by Mary C. Chavoustie; to see 2nd photo, click arrow on the right side of the pic)

I have not yet been back to see the Memorial, but certainly intend to return to the place to which, for some reason, this small-town gal felt immediately connected. Until then, each year when 9/11 rolls around, I’ll grab my “now-sacred” five-dollar NYC souvenir mug that I keep hidden so that it won’t get broken, and quietly sip my coffee — recalling the powerful impact both visits had on me.

Baby Boomers have seen enough life to realize nothing stays the same. The only constant, really, is change. The pointless 9/11 terror attack forever tainted our existence and dulled our false sense of security. As a nation, we were shaken to the bitter core and no amount of time should negate the effects of the senseless act that paralyzed our country. We all learned that life as we know it can change in a heartbeat.

As the years go by, let us not forget that even the most vivacious cities and its dwellers are vulnerable. At the end of the day, we're all in this together, "One nation under God..."

Life is fragile. Handle with care.

And may we never forget to remember…

Her raven tresses frame the faces

of the common man-

giving even the lost souls of the streets

an illusion of intimate beauty.

Listen to the quickening beat of

and you’ll hear the songs of lovers lost

by vagrants whose hopes

of the cardboard boxes

Culture is the music that guides her gracefully

from the artist's canvas in SoHo

to the shops in Chinatown.

Broadway welcomes her with open arms....

this Lady of Melody and Magic.

When she smiles, the skyline

becomes a playground of desire...

But when she cries,

the dancer sees the curtain fall on spirits

too seduced by her favors

to comfort her as she weeps.

Under a concrete canopy

she buries her beauty

Leave me a note and let me know where you were "when the world stopped turning."

"Where Were You When the World Stopped Turning?" Alan Jackson

"Have You Forgotten" Darryl Worley

**All pics were taken by me, unless otherwise indicated, with the exception of the photo where I'm actually holding the camera — taken by Mary C Chavoustie).

Depression VS The Great Depression— With Apologies to Eleanor Roosevelt